Bartolomeo Vivarini
Not on display

Dated to 1490, the panels with the two saints were given as originally in the now destroyed Venetian church of San Geminiano in the Piazza San Marco, at first to the sides of the altar in the Christ Chapel, then in a room near the sacristy. A cartouche in the lower portion of the panel with Saint Barbara records the date and name of the artist – Bartolomeo Vivarini. The two saints are depicted in a niche, both holding their respective attributes of martyrdom: a tower for Saint Barbara, and a book and jar of ointment for Mary Magdalene. These works are testament to Vivarini’s final phase, which progressively develops a tendency to monumentalise figures and at the same time to “soften” their posture into more graceful forms, thus foreshadowing trends in the following century. 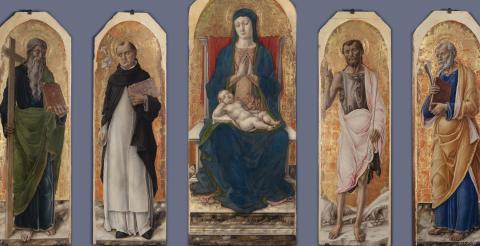 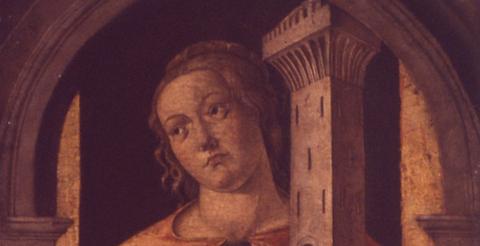 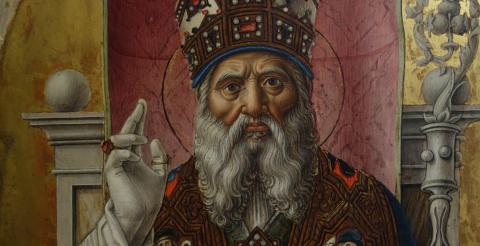