Parable of the Sower

In early museum catalogues, the canvas was recorded as an autograph work by Jacopo Bassano but since the 1930s it has been attributed to the artist’s workshop (Arslan).

It is one of numerous versions of this subject (Florence, Gallerie degli Uffizi; Florence, Palazzo Pitti) from an autograph work by Jacopo housed in Springfield (Musem of Fine Arts) and dating between 1566–1567 (Rearick, 1993; Ballarin 1995). There is also a “souvenir” drawing of this subject, tentatively attributed to Giambattista Bassano (Brunswick Maine, private collection), Jacopo’s third son (Rearick, 1993), which the workshop probably used for its various copies and other derived versions.

The painting depicts the biblical parable of the sower (Luke 8:4–8), seen as he sows his seeds (the word of God): only the seeds that fall on fertile soil (those who accept the word of God) will grow and bear fruit. The woman leaning over her child to the left does not appear in the gospel story. This group has been added to provide a note of domesticity and make this scene of rural life more animated.

The diagonal composition of the work shows the sower entering from the right, portrayed from behind as he heads into the field with his dog in tow, and it guides the viewer’s eye into the depths of the natural landscape, its atmosphere rendered magisterially. 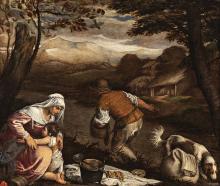 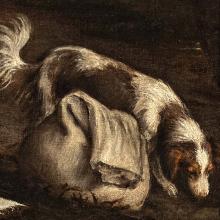 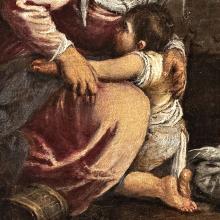 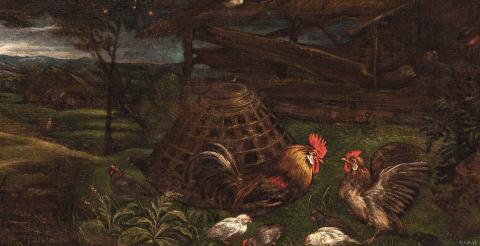 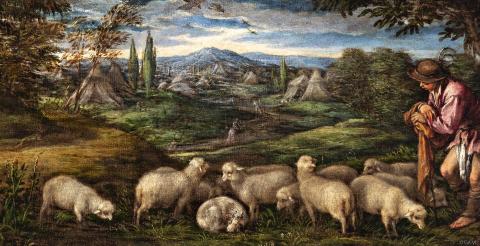