The painting, inspired by the Legend of the Fisherman, depicts the miraculous saving of Venice by Saints Mark, Nicholas, and George. These three are taken to the mouth of the port on the Lido by an old fisherman who is unaware of their identity so that they can calm a sea storm caused by a ship of demons. The final episode of the story is narrated in the following telero (Handing Over of the Ring to the Doge), where we see the fisherman meeting the doge. 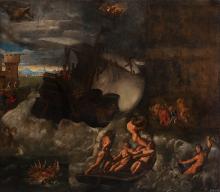 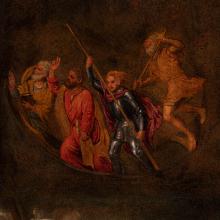 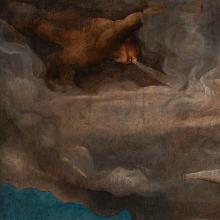 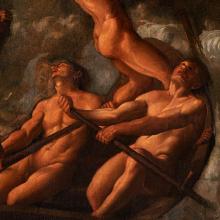 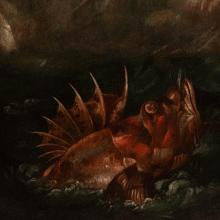