The large altarpiece comes from the Venetian church of Santa Caterina dei Sacchi (a convent for Augustinian nuns), was then confiscated by the state during Napoleon’s occupation of the city, and subsequently ceded to the Gallerie in 1918 at the end of World War I. One of Paolo Caliari’s greatest achievements and datable to the early 1570s for stylistic reasons, this altarpiece displays the Verona artist’s extraordinary technical and stylistic variety in the motley rendering of the elegant fabrics, expressed through a surprising chromatic preciousness, as well as his ability to represent complex figurations, organised according to a rising diagonal rhythm conferred on the central group. Catherine, the queen of Alexandria who, according to legend, lived in the third century, is depicted here in the most famous episode of her life (though it has not been confirmed by canonical law): her “mystic marriage” with Christ, symbolised by the lamb placed by the Child in her right hand. The episode afforded the Augustinian nuns of Santa Caterina dei Sacchi, as well as the young girls of the local nobility who were educated and prepared for marriage at the monastery, an edifying example on which to reflect and forge their own devotion. 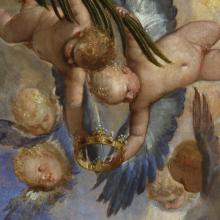 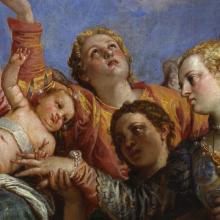 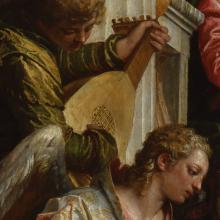 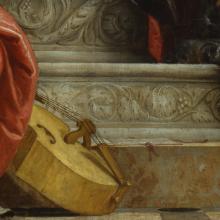 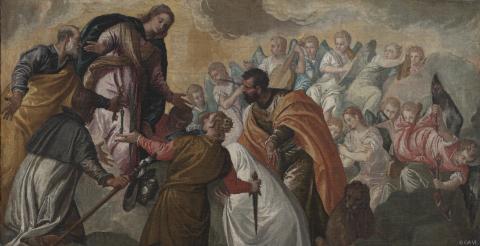 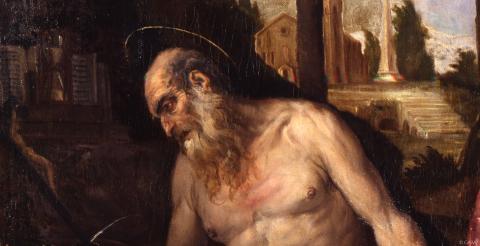 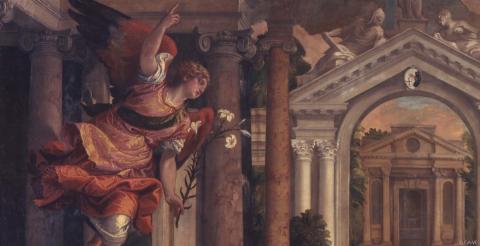 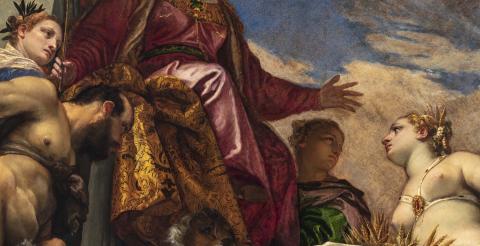 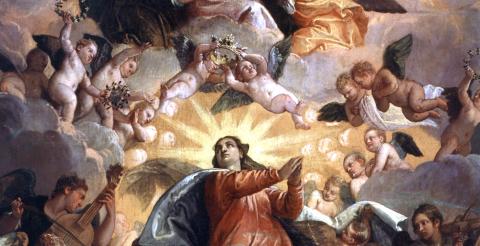 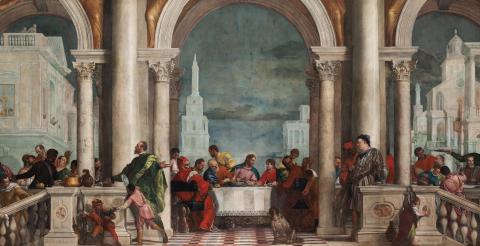 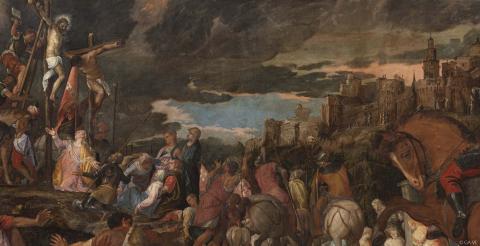 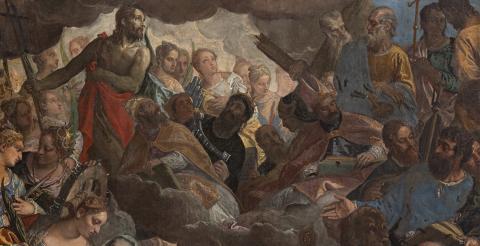 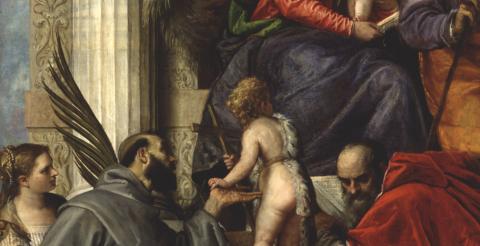