In an undefined space that seems to evoke on the one hand the snug space of a simple room with a wooden table and on the other a cavernous hole that opens up onto a sky veiled in clouds, Carlo Saraceni sets his portrayal of the young, penitent Mary Magdalene surrounded by her canonical attributes: a prayer-book, a skull, a crucifix, and, finally, a scourge, which evokes an entirely physical expression of the saint’s penitence and expiation. The delicate candor of the young model chosen by the painter is different from the more traditional ones because of her dark hair, hanging loosely over her shoulders, while perfectly in keeping with seventeenth-century taste is the subtle sensuality of the portrait where the artist decided to have her tunic drape over her left shoulder, revealing her low neckline, thus evoking her former life as a sinner. The work is one of the several autograph versions of this subject, the likely prototype of which is to be identified in the canvas of similar size held at the Museo Civico in Vicenza, whose provenance is from the collection belonging to Paolo Gualdo (1553–1621). The canvas in the Gallerie dell’Accademia has been considered autograph since the 1962 restoration (Lazzarini), and can perhaps be dated to Saraceni’s later years (1619–1620) when, after returning to his native Venice after a long stay in Rome, he was a protege of the Contarini family, in whose collection the work remained until it was donated to the Gallerie dell’Accademia in 1838. 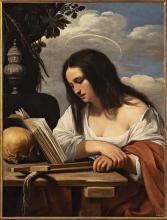 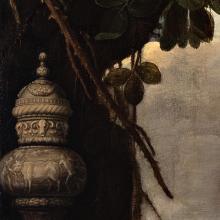 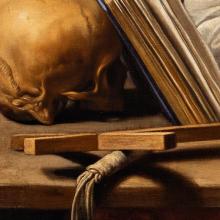 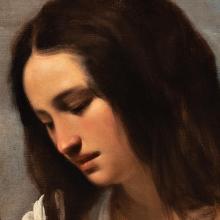 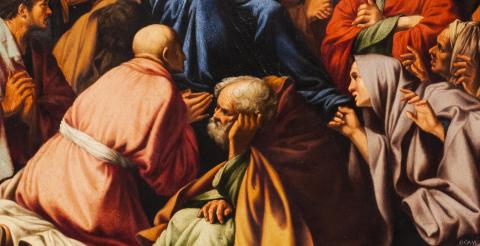 Death of the Virgin