The painting’s early provenance is unknown and it first appeared in 1968 when it was purchased by the state together with its likely companion piece depicting Ulysses and Circe (cat. 1341) from a private American collection. The theme is the moment when Perseus defeats and beheads Medusa while avoiding her petrifying gaze thanks to Athena’s convex shield, its frame elaborately decorated with figures. The episode is recounted in Ovid’s Metamorphoses and was a recurrent theme in seventeenth-century literature and the figurative arts. Maffei uses these final confused moments of combat to stage a scene of convulsive rhythms, underlined by vibrant, swift, chromatically charged brushstrokes. Illuminated by moonlight, the figures almost lose their corporeal consistency and seem to become evanescent apparitions. Scholarly opinion dates the work to between the end of the 1640s and the early 1650s. 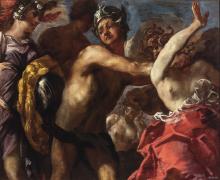 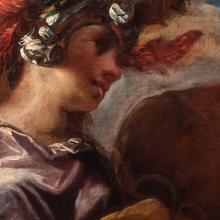 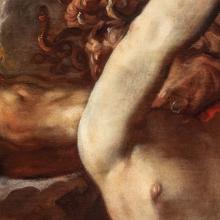 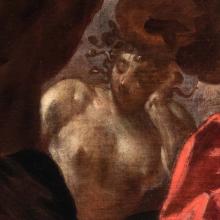 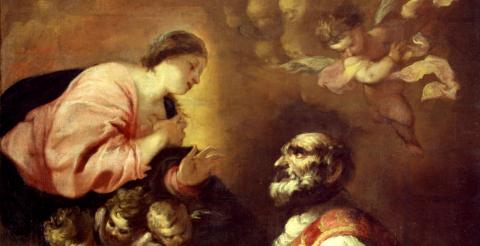 The Apparition of the Virgin to Saint Philip Neri 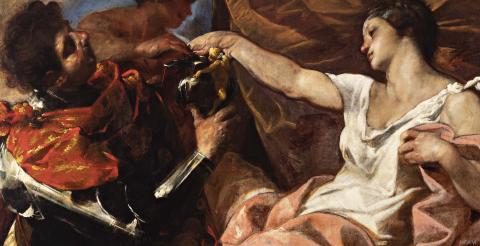