The painting, signed and dated “1569/G. s A. P. P. B. F. ” (“Giacomus a Ponte Pictor Bassanensis Faciebat”) on the rock Saint Jerome is kneeling on, was made as an altarpiece for the main altar of the church of the Reformed fathers in Asolo. It was acquired by the Gallerie dell’Accademia following the Napoleonic Suppression.

The work, which was praised by older sources, was then substantially snubbed by scholars above all because the Virgin in glory in the upper part of the painting was thought to have been undertaken by Bassano’s workshop, with several scholars affirming the same was true of the landscape. An exception to these was W. R. Rearick who, even though he attributed the Virgin to his son Giambattista, considered it a confirmation of the high point he had reached the year before with the Adoration of the Shepherds now at the Bassano museum.

Immersed in a vast landscape, the translation of the desert of Chalcis to the Veneto, Saint Jerome is made to exhibit his naked, penitent old age, kneeling before the crucifix and surrounded by his attributes – the cardinal’s hat he refused, the skull, the lion, and the tomes of his study, the most important and well-known of which is the Vulgate, the first complete translation of the Bible into Latin. The elder tree to the left has great significance, symbolising as it does regeneration and compassion.

Giovanni Battista Verci reported that the altarpiece was accidentally lacerated from top to bottom and was repaired by the painter Francesco Trivellini (1660–1733 ca.), who was probably responsibe for redrawing the Virgin’s face. This painting stands out for the quality of its pictorial substance and the profound sense of nature in the landscape that stretches out into the distance, bathed in an extremely clear light that filters through the clouds in a gradually clearing sky. It is a masterful display of Jacopo Dal Ponte’s maturity.

The painter, aware of the successes of contemporary Venetian painting (Titian, Schiavone, Tintoretto, Veronese), conducted his own experimental research to original and profoundly innovative ends in his native Bassano, a hundred kilometres northwest of the Serenissima. 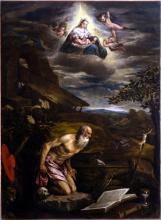 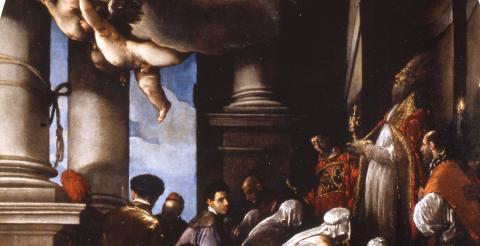 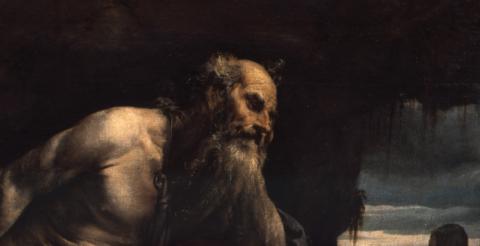