The fact that this painting was in the collection of the marquesses Mazenta of Milan (where it was listed in the family assets until 1879, when it was passed on to the Pinetti Martinengos of Bergamo, who were descendents of the Mazentas), its size, and its subject matter all suggest the painting was intended for private devotion. It depicts a seated Madonna in a red robe and grey-blue mantle who is casting a sweetly melancholic look at the Child placed on her knees. The relationship between mother and child is one of intimate affection, but also of mournful awareness: the gaze the two are exchanging foretells the destiny of inevitable sacrifice they are already conscious of. Along the left margin, an opening allows us to glimpse a burning bush, symbol of the Madonna’s virginity: according to the miracle witnessed by Moses in the Old Testament, the bush burned without ever being consumed due to the presence of a divine fire, just as the Virgin conceived her son, who became flesh in her womb while her purity remained intact.

Infrared reflectographic analysis has demonstrated that the canvas had previously been used to sketch a praying female figure. This figure, painted on the upturned canvas almost where the Child’s legs are, was quite advanced in terms of formal elaboration and pictorial completion.

The swift, superimposed brushstrokes are typical of the artist’s late period. It is generally dated to about the 1560s, when the colour impasto begins to assume flashes of light, as can be seen in the Annunciation in the church of San Salvador in Venice. Cleaning undertaken in old restorations has compromised the Child’s complexion and the Virgin’s mantle, which is now completely devoid of shading, while the Child’s feet seem to have been largely repainted. 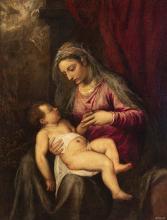 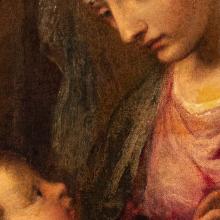 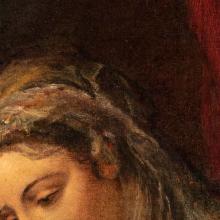 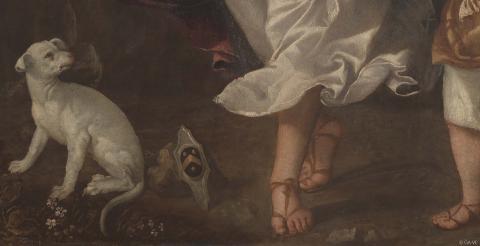 The Archangel Raphael and Tobias 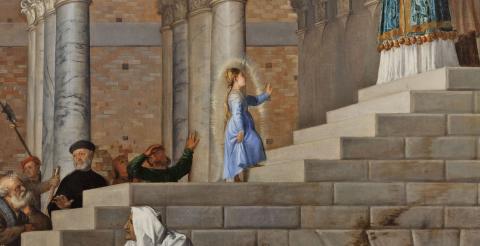 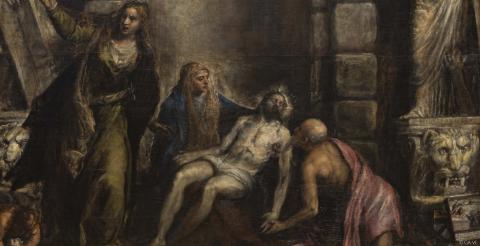 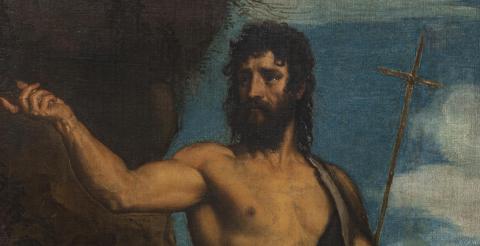