Marco Basaiti
Not on display

Removed from the convent of Santa Maria dei Miracoli along with Dead Christ Supported by Two Angels on Napoleon’s enforced suppression, the two panels were held in the church of the Salute repositories until 1814, when they arrived at the Gallerie. The two saints, depicted in the foreground on pedestals in front of a parapet giving on to a landscape, are infused with an intense light from the left that harshly defines their form, making the cloth seem thicker thanks to the deep, dark shading. Saint James the Apostle, identified by his traditional attribute of the pilgrim’s staff, is holding a book under his arm, while Saint Anthony Abbot, his typical monk’s cowl displaying an embroidered Tau (a distinctive mark for Antonines), is also holding a book, while at his feet there is a bell, his iconographical attribute that references several episodes of his monastic life. Even though they are signed “MARCUS BASAITI”, the paintings are of varying quality and scholars have recognised, in the figure of Saint James the Apostle, a style that is more in keeping with the Lombard painter Marco d’Oggiono, who was active in Venice for the Scuola dei Milanesi from 1498. As the two panels have the same shape and compositional structure, they must originally have been part of a polyptych, perhaps separated from another panel, considering that the backgrounds are not perfectly aligned. 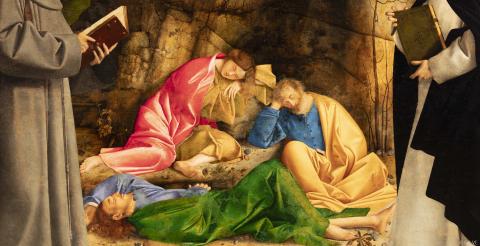 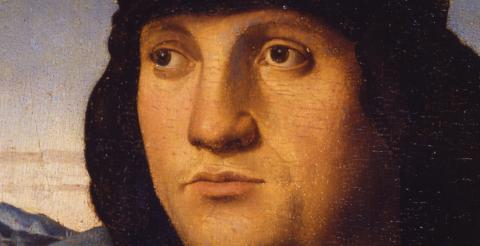 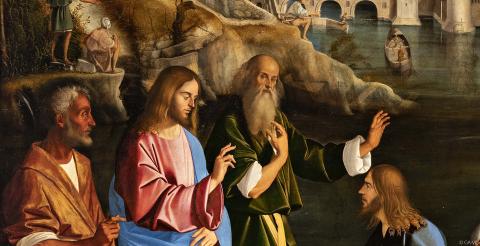