Clash between Horsemen, a Bridge, and Isolated Figures

CLASH BETWEEN HORSEMEN, A BRIDGE, AND ISOLATED FIGURES

Like all of Leonardo da Vinci’s drawings at the Gallerie dell’Accademia, this sheet also comes from the Giuseppe Bossi collection that was acquired, via the abbot Luigi Celotti, in 1822.

The drawing is a study for the Battle of Anghiari, for which Leonardo was commissioned in 1503 by the Florentine Republic for the Hall of the Grand Council in the Palazzo Vecchio. As is well known, Leonardo never finished the painting and what work he had done was subsequently covered by Giorgio Vasari’s frescoes. For this reason, the extant studies are an extraordinary font of knowledge to understand the overall design for the grandiose composition.

The drawing represents the central portion and the right hand side of the epic battle that took place on 29 June 1440 between the Florentine troops, who eventually won, and the Milanese army. It is interesting to note that the bridge in the background, which has been identified as the bridge over the Tiber near which the battle took place, is also included in a drawing held at the Royal Collection in Windsor (inv. 12339) and where there is also a vigorous cavalcade of soldier riding in to offer their support. If the work held at Windsor therefore represents the extreme right of the painting, the central portion was occupied by the so-called Battle of the Standard to which sheet cat. 215 of the Gallerie refers and that was reproduced in the painted copy now at the Uffizi. Our museum also holds a further five drawings that can be seen to refer to Leonardo’s famous conception. These six drawings constitute the most extensive surviving nucleus on the Battle of Anghiari. 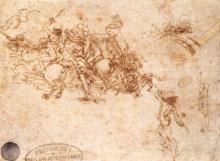 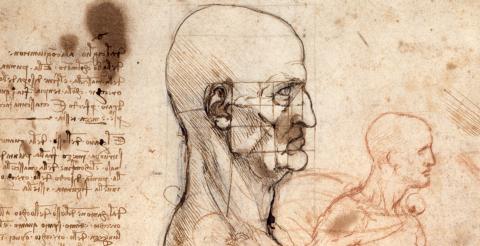 Bust of a man in profile with proportions, study of a horse and riders. 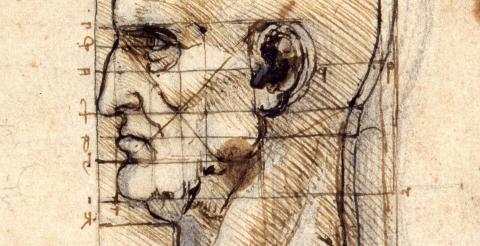 Bust of a Man in Profile with Study of Proportions 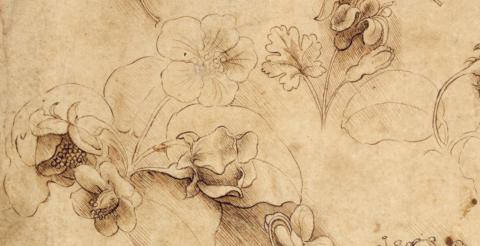 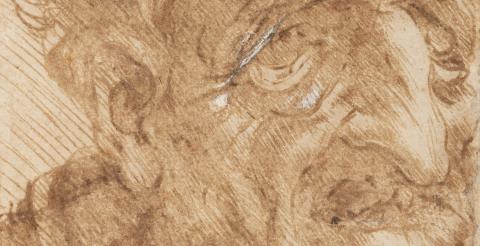 Head of Old Man and Sketch of Mechanical Device 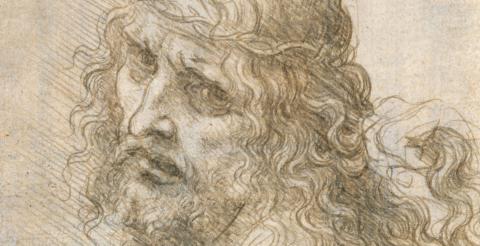 Head of Christ and a Hand Grasping His Hair 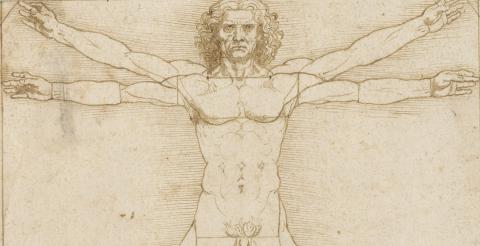 Study of the proportions of the human body, known as the Vitruvian Man